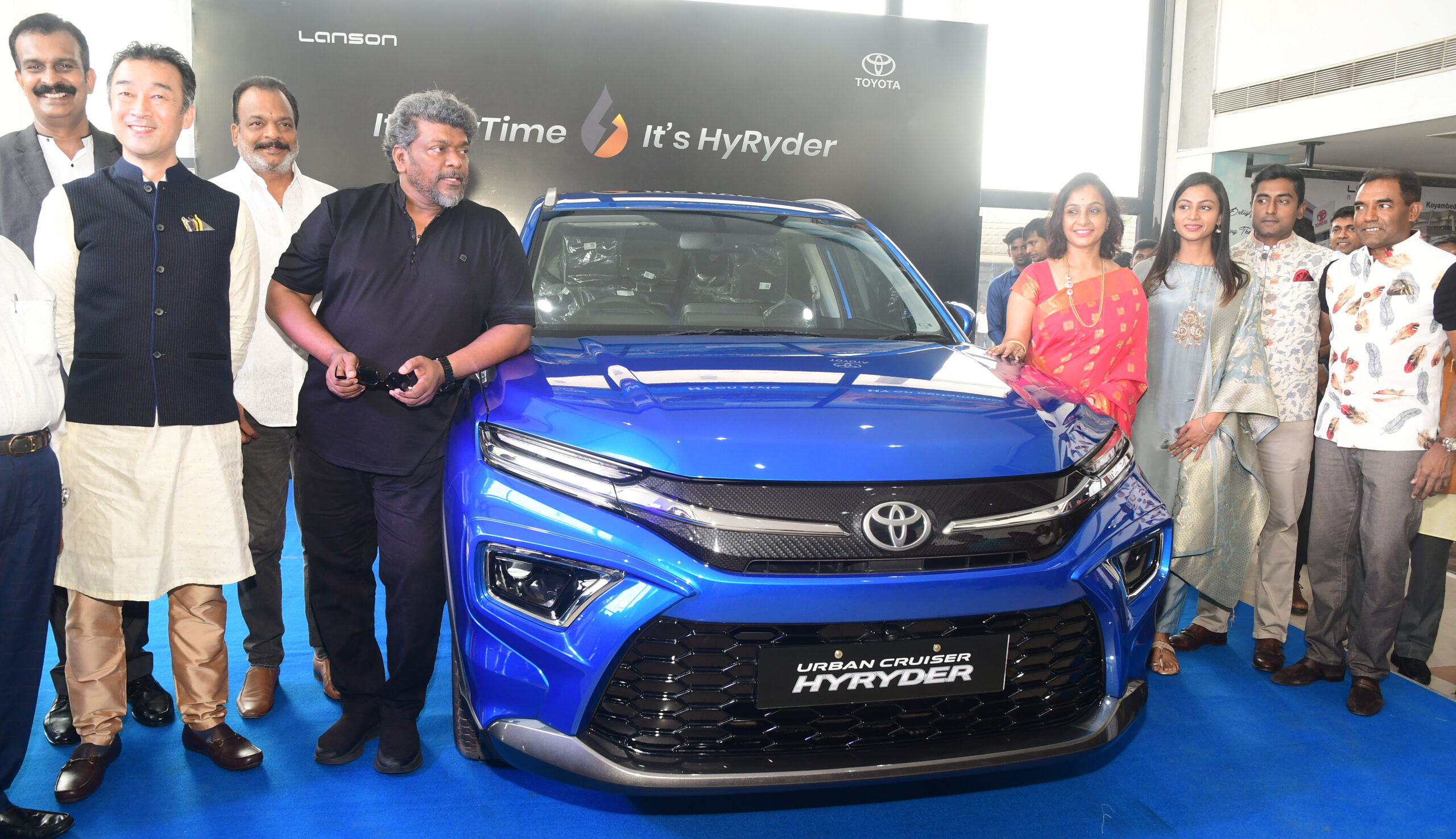 Lanson Brings Toyota’s Urban Cruiser Hyryder, the First and Only Self-
charging Strong-Hybrid Electric B-SUV in India, to Chennai 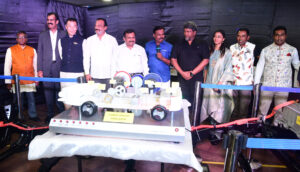 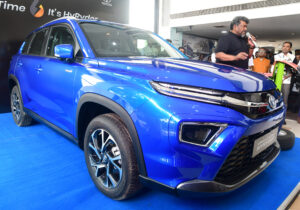 Chennai, Oct. 8, 2022
Lanson Toyota, one of the leading Toyota car dealers in the country, has launched
Urban Cruiser Hyryder, India’s first and only self-charging strong-hybrid electric
vehicle in the B-segment SUV segment, in the city today. With the ex-showroom
prices starting at Rs. 15,11,000, this mid-size SUV, the newest and an advanced
addition to Toyota’s acclaimed hybrid legacy, is now the most affordable strong-
hybrid car in India.
The launch function saw the participation of top officials from Toyota Kirloskar
Motors, including Mr. Takashi Takamiya, Vice President, Mr. Rajesh Menon, General
Manager, and Mr. Pradeep Rai, Deputy Manager. Representing Lanson Toyota, Mr.
M. Lankalingam, Chairman & Managing Director, Mr. Shivanka Lankalingam,
Executive Director, and Ms. Lavanya Kumaraguru, Chief Operating Officer took part
in the event.
Combining the reliability of a petrol engine and the performance of an electric motor,
the all-new Toyota Urban Cruiser Hyryder delivers smoother, more efficient and
silent drives, and stands for lesser emissions. Toyota claims a fuel efficiency of
27.97 km/l. Hyryder comes in four variants, including the strong-hybrid and the mid-
hybrid – all are All-wheel-drive (AWD) vehicles, wherein the system powers both the
front and rear wheels. The vehicle, depending on the variant, is powered by a TNGA
or K-series engine, both 1.5L.
The strong-hybrid gets a 1.5-litre TNGA Atkinson Cycle engine that makes 92 hp and
122 Nm of torque, paired with an eCVT gearbox. The engine is coupled to an electric
motor that makes 79 hp and 141 Nm of torque, offering a combined output of 114 hp.
The motor draws power from a 177.6V lithium-ion battery. The mid-hybrid version
gets a 1.5-litre K15C engine. It makes 103 hp and 137 Nm, paired with a five-speed
manual or a six-speed torque converter automatic gearbox. The manual
transmission gets AWD as an option. This makes the Hyryder the only mid-size SUV
in India to offer AWD.
Unique exterior features of Urban Cruiser Hyryder are: LED projector headlamps,
twin LED daytime running lamps, roof rails, sporty rear skid plate, dual-tone body
colour, sleek and dynamic R17 alloy wheels, and LED tail lamps. On connectivity,
the model has remote vehicle ignition, smartwatch connectivity, advanced voice
control, remote AC control, among others. It also has a Stolen Vehicle Tracker
system. The car boasts of a stunning black and brown interior, leather seats with
ventilation, 360-degree camera and view for better vantage point while navigating
tight spaces, head-up display for a distraction-free drive.

Speaking about Urban Cruiser Hyryder, Mr. Takeshi Takamiya said, “I am very
much happy and it is my great pleasure to present this historical moment. I am proud
to witness the launch of the hybrid Hyryder that eptimosises the most advanced
technology in the world. This is a technology for everyone, so please enjoy.”
In his comments, Mr. Lankalingam said, “Lanson Toyota is very happy and proud to
bring to our discerning customers the most loved hybrid vehicle Toyota Urban
Cruiser Hyryder. We wish to personally thank each one of our guests for the trust
they place in Lanson Toyota. We are overwhelmed by the bookings we have
received for the all-new Toyota Urban Cruiser Hyryder, the self-charging hybrid
electric vehicle that truly reflects the ‘Kind to Planet’ philosophy of Toyota.
In his speech, Mr. Shivanka Lankalingam said, “We are gearing up to offer you all
a world-class guest experience through our dedicated service and care. Lanson
Toyota’s 25 facilities, including Festive Counters, are closer to our customers, even
in tier 3 towns in northern Tamil Nadu and Puducherry. Our business is all about
building lasting relationships, not just selling cars.’
Lanson Motors was born in 2000 to create a path breaking motoring experience in
Chennai and northern Tamil Nadu. Its team of 1200 experienced sales, service and
guest relations personnel, with the pedigree of 22 years, serve close to a million
customers. It services 550 to 600 vehicles a day.