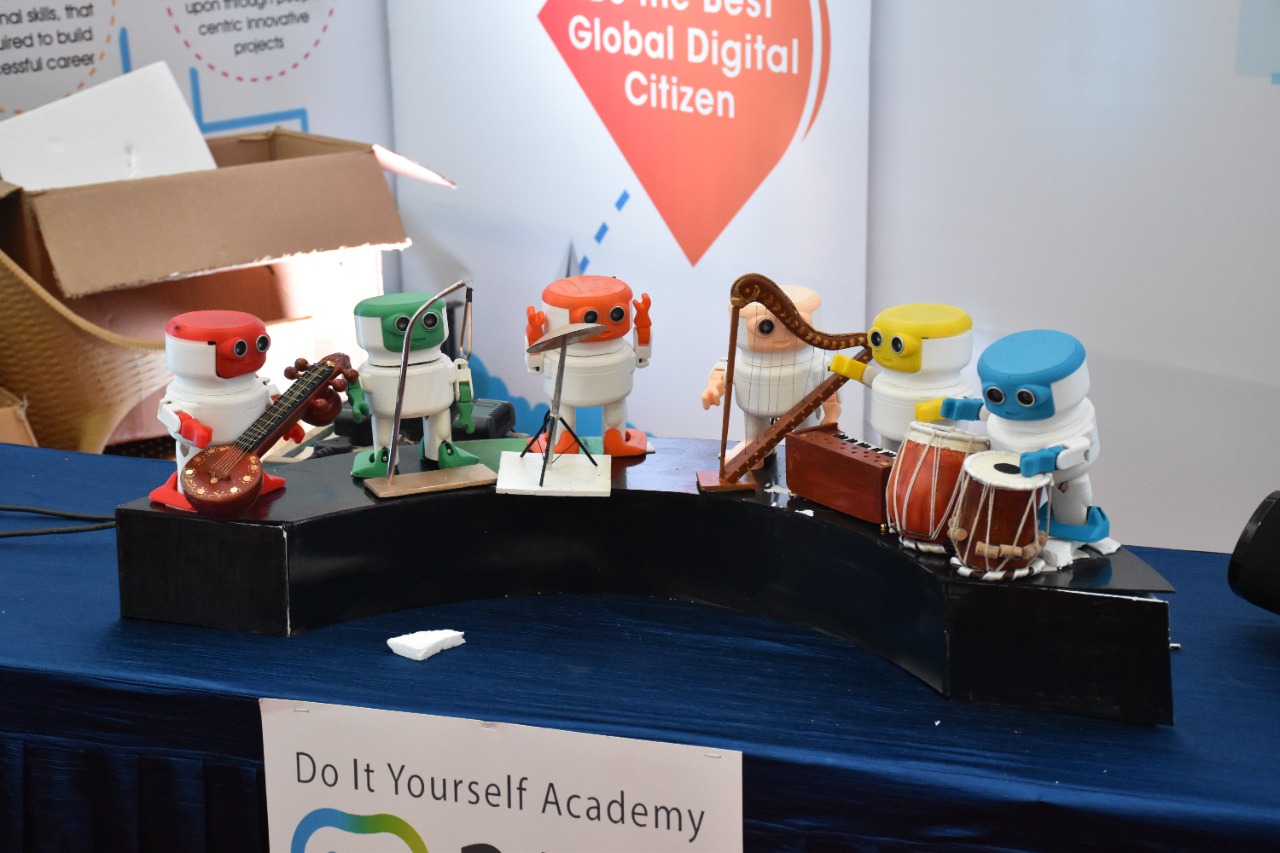 A romantic robotic tale
“The process has changed, but the passion has not” ~ Udhay Shankar Founder, President, Do It Yourself Academy (DIYA).

As cinematic as it sounds, did you ever romanticise getting married amongst robots while watching the movie ‘Endhiran?Well, it is not just limited to cinematography anymore asUdhay Shankar tied knots with Madhumitha on21 November 2021 in the most robotic romantic ways, bringing the fantasyto life! 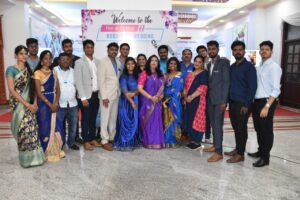 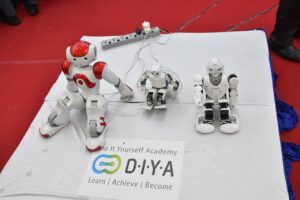 The wedding was in alignment to his passion towards Robots, AI, Automation and a lot more that his initiative Do It Yourself Academy (DIYA) Edulabs showcases in an effort to bridge the skill gap in the 21st century. The wedding did not only display the best of his robotic innovations yet but also, a generous part of the proceeds of the wedding will be donated to TRY (a non-profit under DIYA) for educating the underprivileged. “Children from the government-aided institutions will realize new boundaries in learning and knowledge through their exposure to international hands-on robotics and coding education” says the Founder.
Multiple robots like Otto Robot X11, the main product of DIYA labs, will be used to display the names of the bride and groom, interchangeably in regular intervals, on the robot’s built-in displays. Adding on to the 11 3-D printed Otto’s will be the ensemble of 5 Ottoly’s, the next gen of the Otto’s. The Ottoly Robot X5 will be performing a faux orchestra for the guests, to set a light-music ambiance for the guests. To exhibit the capabilities of automation, a male and female ‘Head Robots’ will be put on display to welcome the guests into the event. The Ranger robot, a radio-controlled bot which is an example of ingenuity will pass the akshadam around for the guests so they can bless the couple at the right time.
Purely for the love of robots and soccer alike, the ‘Soccer robot set’ was developed at DIYA. And, 2 soccer bots on either side will be entertaining the kids at the venue. Two players will control and attempt to score a goal, just like in the actual soccer game against two other players defending from the other side attempting to do the same.
Apart from these, the mechanical arm, the 3D Printers, rockets and animations will also be displayed at the venue to inspire and educate young minds. The ‘Mechanical arm’ also known as the ‘industrial manipulator’ provides the ease of automation on repetitive tasks and an inquisitive child would certainly want to learn the ins and outs of it. The 3D printers will enable the kids to observe the printing process while they carry back with them an on-site 3D printed alphabet keychain.
The audience were also teased to some tests of solid-state propulsion devices and controlled ignition sequences by Rocket X3 while the game-booth was set up to show the important details of animation and game design. The game booth had house the shooting game, designed in house using software from open-source leads; the facial recognition game, with AI and Machine learning in mind and the DJ game, which is like the musical Tetris. All these games are designed with their core courses and offerings in mind.
The newly married couple invited everyone with open arms, at the Kailash Convention – Kalyana Mahal, Injambakkam, Chennai on 21 November, 2021 by attending the Muhurtham between 10:15 a.m. and 11:55 a.m. and reception held from 6 p.m. onwards!