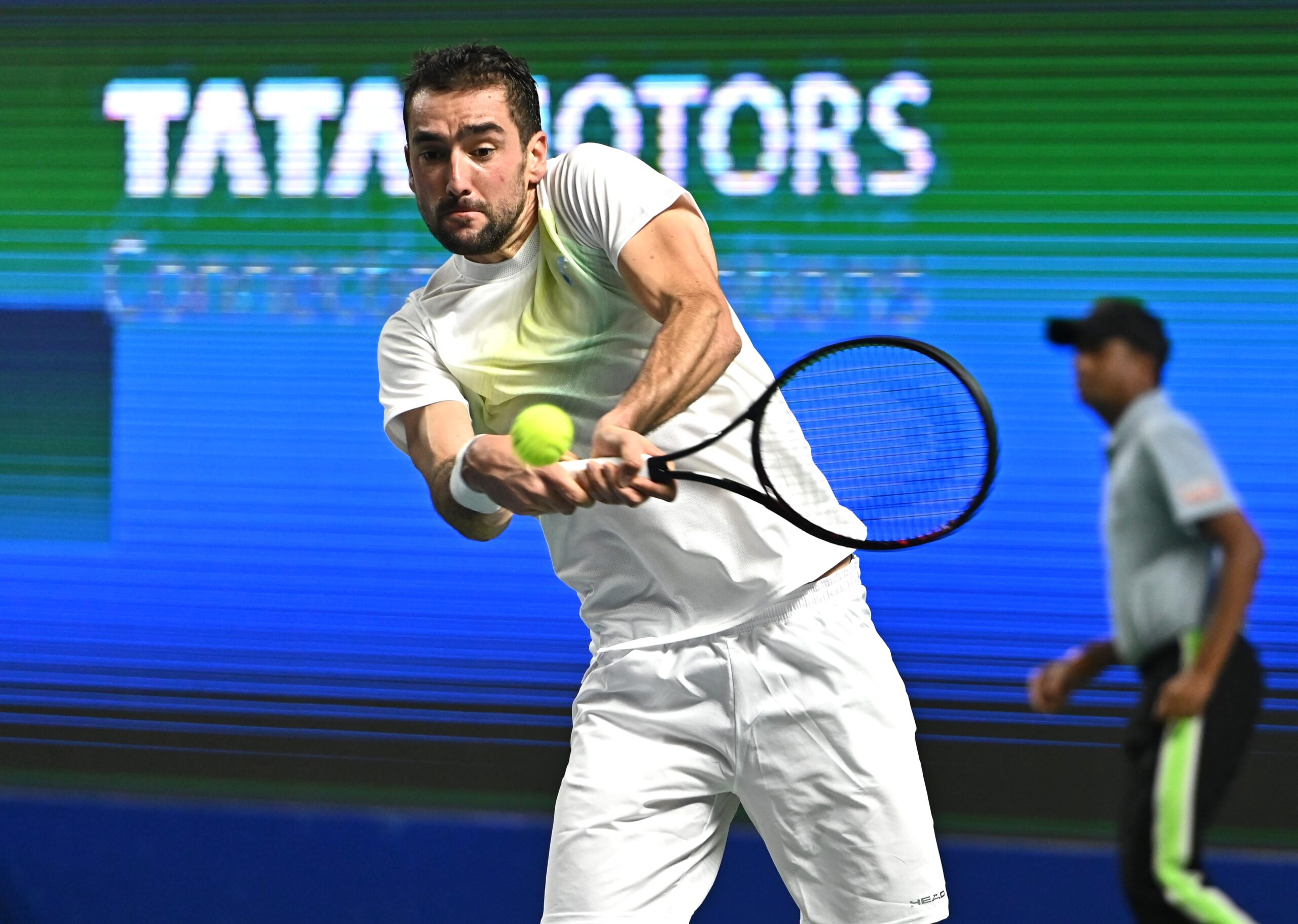 World No. 17 Cilic cruises into quarter-finals at 5th Tata Open Maharashtra
World No. 60 Bonzi and World No. 62 Martinez stun No. 3 and No. 4 seeds respectively to enter the Round-of-8

Pune, January 4, 2023: World No. 17 Marin Cilic made his way into the singles quarter-finals at the fifth edition of the Tata Open Maharashtra after beating Roberto Carballes Baena 6-3, 3-6, 6-1 in an exciting contest at the Balewadi Stadium in Pune on Wednesday.

The 2014 US Open champion Cilic, who received a bye in the opening round, made a dominating start in the match and took the first set without breaking a sweat.

However, Baena, the former World No. 8 junior, made an impressive comeback in the second set. The 29-year-old Spanish player took a 5-2 lead before winning it comfortably to take the match into the decider.

Top-seeded Cilic got his act together in the crucial third set as the former World No. 3 Croatian took an early 3-0 lead and did not let the momentum slip away before clinching the set as well as the match easily in the end.

He will face Tallon Griekspoor in the quarter-finals on Thursday. The World No. 95 Griekspoor beat Marco Cecchinato 6-4, 6-4 in the second round.

Earlier in the day, Benjamin Bonzi and Pedro Martinez recorded stunning upsets to enter the Last-8 stage at the on-going edition of South Asia’s only ATP 250 event, which is being conducted by the Maharashtra State Lawn Tennis Association (MSLTA) in association with the Government of Maharashtra for the fifth year in Pune

The World No. 60 French star Bonzi sent packing No. 3 seed and the last edition’s runner-up Emil Ruusuvuori 6-1, 7-6 (4) in an intense match. The World No. 62 Martinez, on the other hand, pulled off a sensational come-from-behind 3-6, 6-1, 6-3 victory against fourth-seeded Sebastian Baez, who is ranked 43 in the world.

In the other singles matches, the No. 8 seed Aslan Karatsev overcame the challenge of Tim van Rijthoven by 7-6 (7), 7-6 (8) in a thrilling match, wherein both the sets were decided into tiebreakers. The Dutch star Botic Van De Zandschulp, who received a bye in the opening round, got the better of the qualifier Flavio Cobolli by 7-5, 6-4.

Maximilian Marterer, Filip Krajinovic were the others to make it to the quarter-finals.

Later tonight, India’s Arjun Kadhe and his partner Fernando Romboli will take on the pair of Nathaniel Lammons and Jackson Withrow in the doubles Round-of-16 match.

The prestigious tournament, owned by IMG and managed by RISE Worldwide, is sponsored by Tata Motors.

The tournament will go on till January 7.