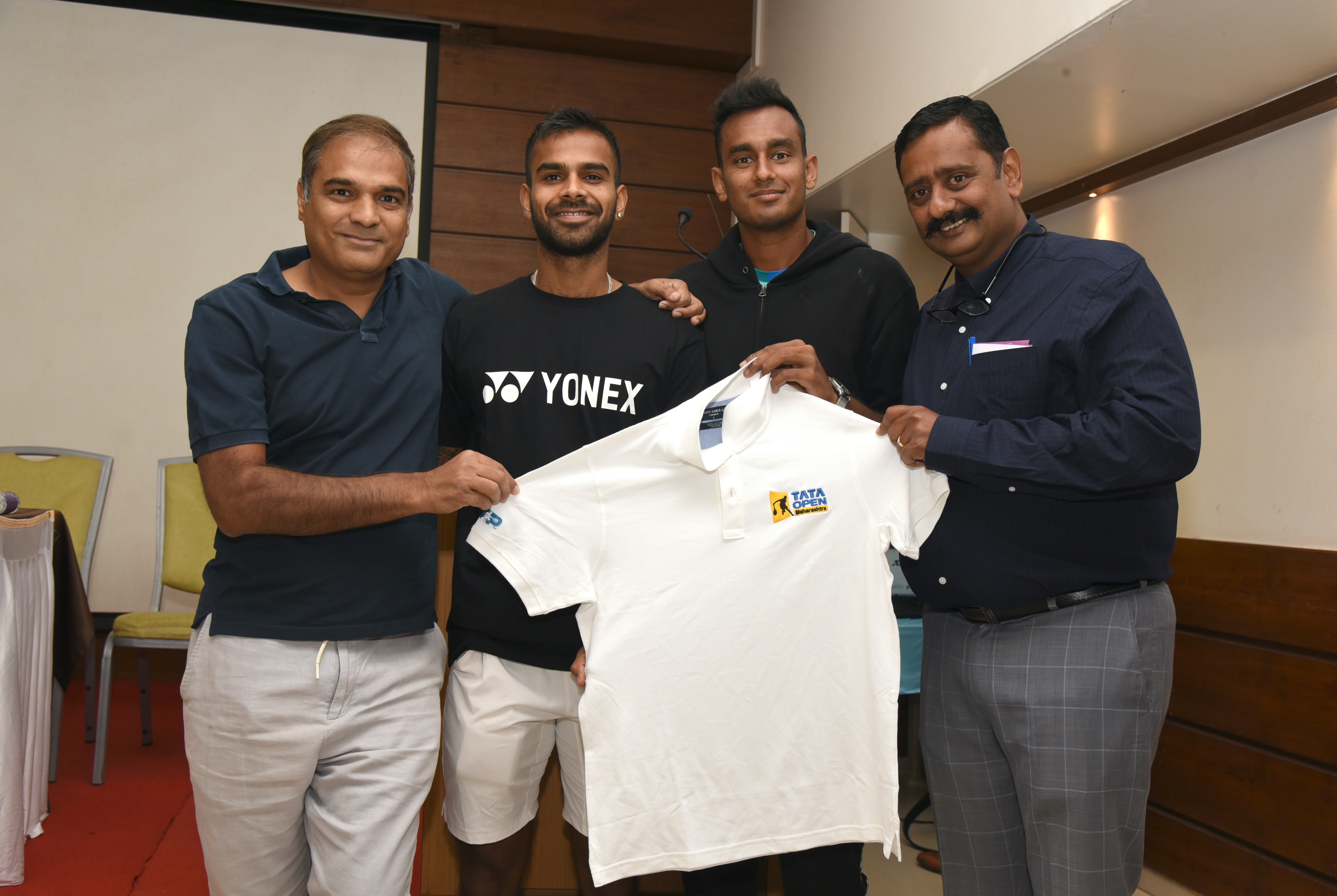 Nagal, Kadhe handed wildcards as 5th Tata Open Maharashtra kickstarts on Saturday
Qualifying rounds will begin on Saturday while main draw to be held from January 2-7

Pune, December 30, 2022: Indian players Sumit Nagal and Arjun Kadhe were on Friday awarded wildcards in the singles and doubles main draw respectively at the fifth edition of the Tata Open Maharashtra as South Asia’s only ATP 250 event begins at the Balewadi Stadium in Pune on Saturday.

The 25-year-old Nagal is the second wild card entrant in the singles main draw after Mukund Sasikumar. Nagal featured in the French Open and US Open qualifiers earlier this year and also reached the quarter-finals of ATP Challenger event in Germany in August. The singles field will witness 17 top-100 players including the World No. 17 Marin Cilic.

“This is the happiest week [of year] for Indian tennis players because it is the biggest tennis tournament we have in India and we all get a chance to play. Thank you everyone for giving me the opportunity to play here,” Nagal expressed his excitement.

Pune-born Kadhe will play alongside Brazil’s Fernando Romboli. Playing together, the duo finished runners-up at the ATP Challenger event in Turkey in September.

“I strongly feel a tournament of this magnitude is simply not possible without strong government support and we are fortunate enough to get that support. Last year’s tournament was well appreciated by the ATP as we conducted it without any issues despite Covid challenges. We have one of the best fields this year and many players have decided to come again and again to Pune and it’s becoming their favourite destination. We keep growing this tournament every year,” said Prashant Sutar, Tournament Director of Tata Open Maharashtra and Chairman of Maharashtra State Lawn Tennis Association.

“It’s always pleasing to see Indians getting wildcards as one of the goals of hosting this tournament is to encourage Indian participation because that contributes to the growth of tennis in the country. Watching our local players fight against top players from across the world motivates many youngsters to take up the sport. I am sure both Nagal and Sasikumar will take advantage of this and produce good performances,” said Sunder Iyer, Joint Secretary of All India Tennis Association and Secretary of Maharashtra State Lawn Tennis Association.

Three-time Grand Slam champions Rajeev Ram and Joe Salisbury, and two-time champion Bopanna will be among the key attractions in doubles.

The Tata Open Maharashtra will be organised by the Maharashtra State Lawn Tennis Association in association with the Government of Maharashtra for the fifth year in Pune.

The Tata Open Maharashtra is owned by IMG and managed by RISE Worldwide and sponsored by Tata Motors. Entry will be free for the qualifying rounds.

The qualifiers will take place on Saturday and Sunday while the main draw will be played from January 2-7.