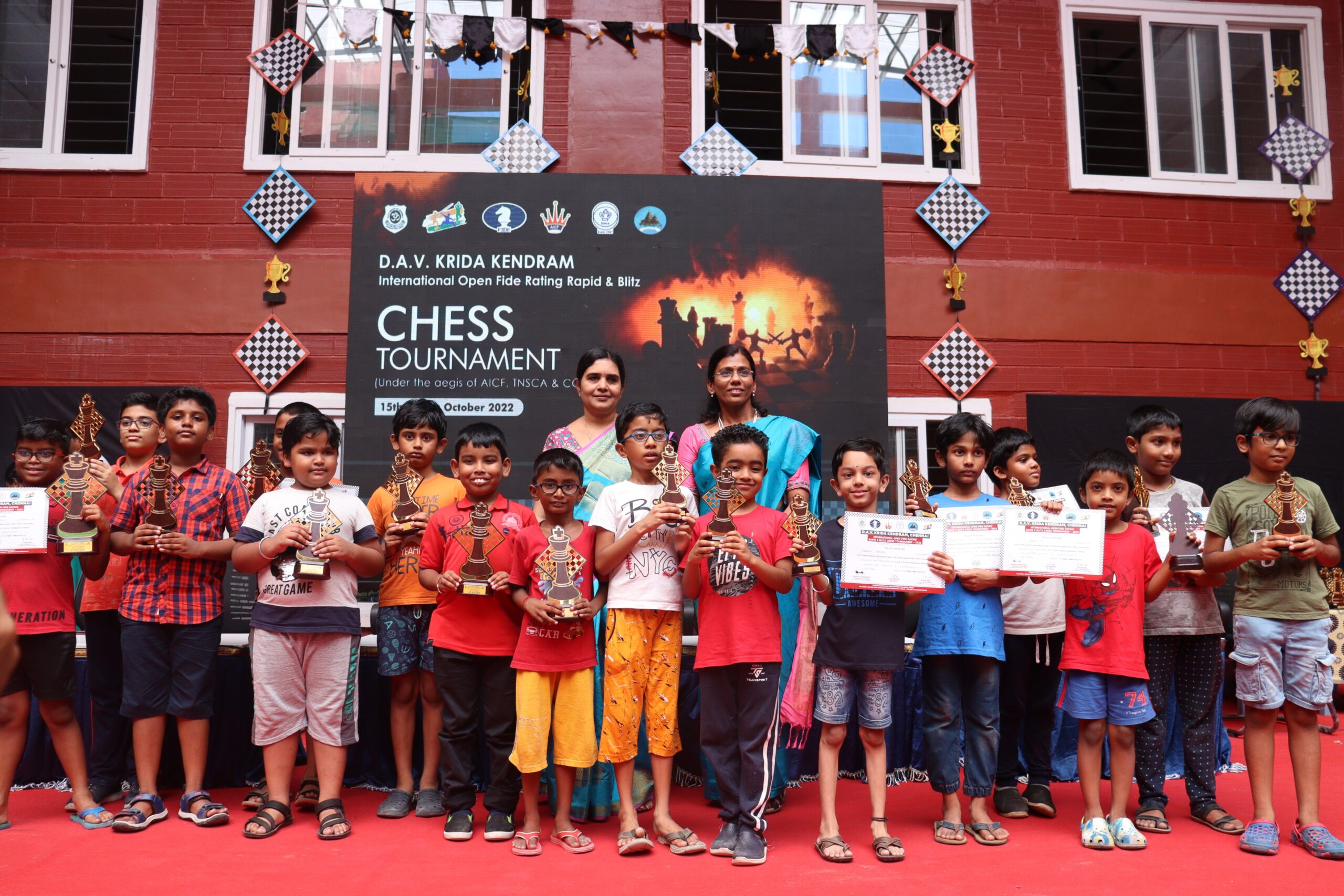 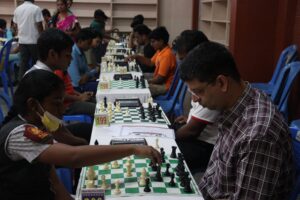 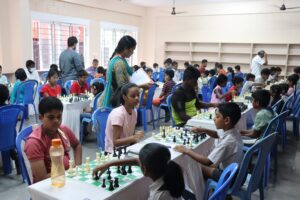 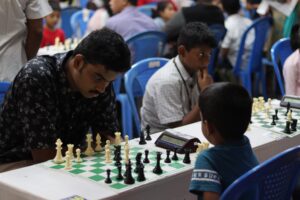 The event saw over 1000 players from the age of 8 to 88 competing enthusiastically in both formats – 9 rounds of Rapid and 8 rounds of Blitz. Mrs. Bhuvaneswari, Secretary of the Chengalpattu District Chess Association stated that this Tournament had received a record number of entries for Rapid.

Top players in the Under-8,10,12 and 14 years categories were awarded along with special prizes for physically challenged players, veteran players and female players.

Grand Master R. R. Laxman as well as several IMs and FMs participated in the competition.

The Head of DAV Krida Kendram, R Kanjana shared that the Academy has been encouraging children to take up chess, especially as it helps immensely with strategic thinking and focus which will hold students in good stead throughout their life.