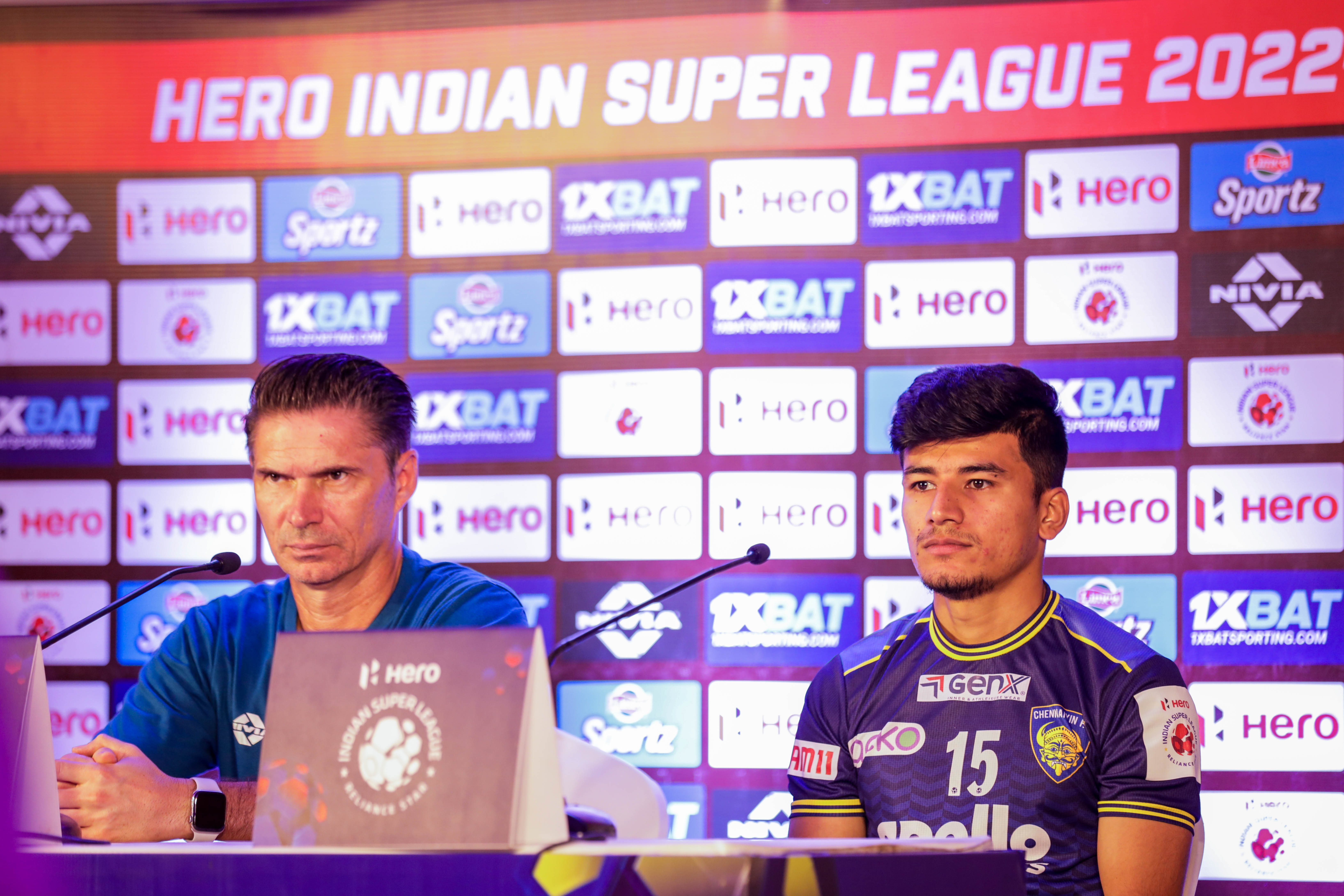 Chennai, October 13, 2022: The wait is finally over as the Jawaharlal Nehru Stadium will once again be filled with loud cheers as footballing action returns to the city after two and half years when Chennaiyin FC lock horns with Bengaluru FC in a blockbuster southern derby of Hero Indian Super League (ISL) 2022-23 here on Friday.

Chennaiyin, making a much-awaited return to the city, will come into the match in high spirits after kickstarting their campaign in style, beating ATK Mohun Bagan 2-1 in the opening fixture earlier this week.

During the pre-match press conference on Thursday, skipper Anirudh Thapa told the media that having home support is always an advantage.

“It’s a good feeling to be in Chennai, at the Marina Arena with the home crowd after two seasons. We have seen in the past seasons how home and away [format] gives you advantages and disadvantages. Fans finally coming back is a positive thing for us,” he said.

Bengaluru FC, on the other hand, will also enter the match after winning their first game against NorthEast United FC 1-0.

Head coach Thomas Brdaric, who also addressed the press, spoke about the challenges of the Bengaluru FC game. “We have to be very well prepared to face Bengaluru FC because they are an experienced team. We have to be very careful, especially in our back. We have to defend as a team and put them under pressure so that they don’t fullfill their strengths in our stadium,” Brdaric commented.

Thapa also emphasised on the importance of being consistent in order to have a successful season.

“I think we need to be consistent with the performances. The first half of the game against ATK Mohun Bagan was quite slow, we lost quite a few balls and positions also. I think in the second half, we came back pretty well and that’s what we need to do for the full 90 minutes. If we keep the momentum going, I think we will have a pretty good season.”

Due to the pandemic, the last two editions of ISL were held in Goa without fans. However, the league has returned to its traditional home and away format from this season with the fans supporting from the stadiums.

In their last game in front of the home crowd in 2020, Marina Machans thrashed FC Goa 4-1 in the first leg of the semi-final before their runners-up finish that season.

“The last memory I have is the game against FC Goa. The atmosphere you [fans] created, all the players were motivated when we were just entering the stadium and I hope this year also fans will come back with the same energy and same passion. We will play for the club and for the fans because that’s what this club is for. We will give our best,” the 24-year-old star Indian midfielder concluded.

The two-time champions will look to carry forward the momentum and improve their head-to-head record against their southern rivals, Bengaluru FC. In their 11 previous meetings, Chennaiyin have won two games and lost seven while two ended in draws.