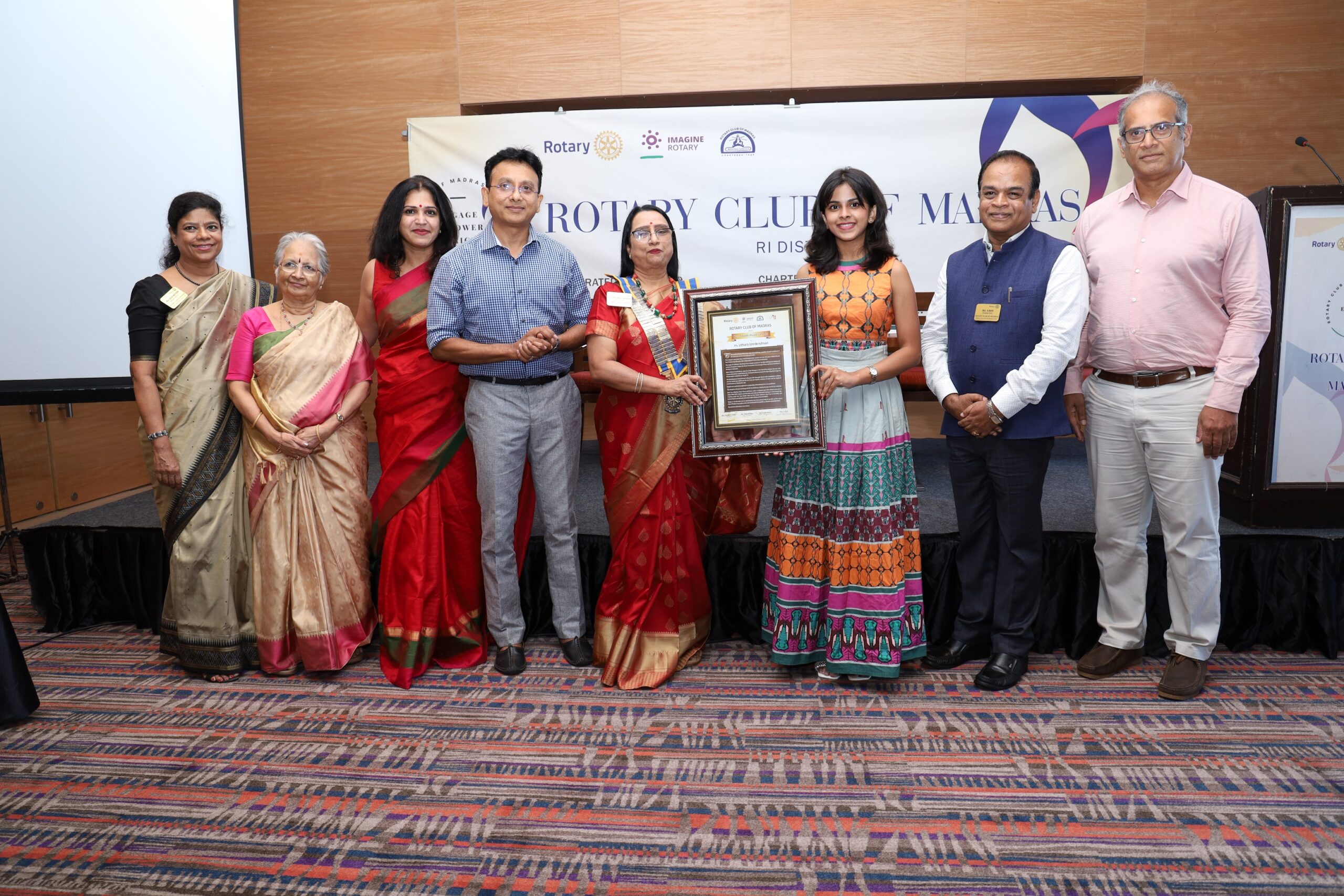 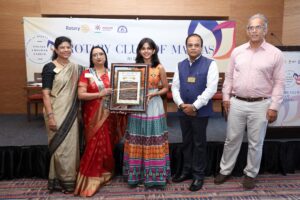 Uthara Unnikrishnan shot into the limelight in 2015 as a ten-year old, when she bagged the national award for Best Playback Singer for her song ‘Azhagu’ in the Tamil movie Saivam, having sung it when she was just eight!

Since then, she has featured as a playback singer in several movies including collaborating with composer G.V.Prakash for the song “Eena Meena Teeka” in the 2016 Vijay starrer “Theri”.

The child prodigy who is now a teenager on the cusp of an exciting music career. She interacted with Rotarians at their 15th weekly meeting of the Rotary Club of Madras on Tuesday the 11th of October.

Uthara Unnikrishnan (born 2004) is an Indian playback singer. In 2015, she won the National Film Award for Best Female Playback Singer at the 62nd National Film Awards for her rendition of the song “Azhagu” from the 2014 Tamil film Saivam, a family drama directed by A. L. Vijay. She received the award at the age of 10, becoming its youngest recipient.

Uthara Unnikrishnan is the daughter of Carnatic classical singer P. Unni Krishnan and Bharatanatyam dancer Priya Unnikrishnan. Her father, a recipient of multiple National Film Awards for Best Male Playback Singer, received his first award in 1995 for his debut performance of the Tamil songs “Ennavale adi ennavale” and “Uyirum neeye”.

Uthara began learning Carnatic music at the age of six from Sudha Raja. She studied in Lady Andal school and APL Global school. Apart from Tamil music, she enjoys Western (classical, rock and pop) and wants to master all these genres.