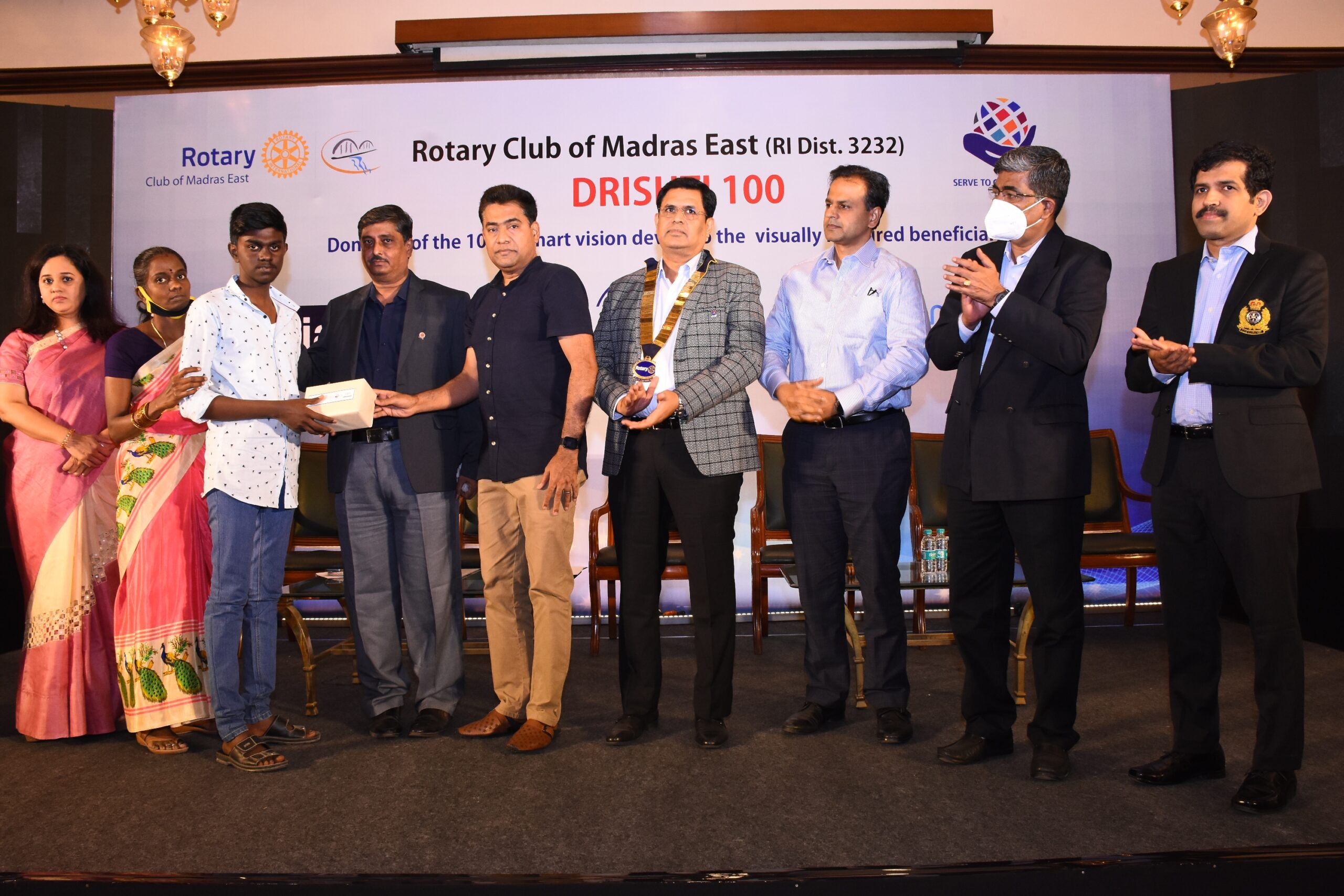 More than 9 million people in India are blind and an additional 64 million are partially blind.Poverty is often a determining and exacerbating factor in the prevalence of disabling conditions like visual impairment. 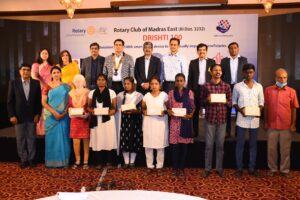 The Smart Vision Device is an assistive wearable device specifically designed for people with blindness and uncorrectable visually impairment. A brainchild of Mr.RamuMuthangi -an IIT Kanpur Alumni and an Ex-Defence Officer, the main features on this device are:

 Facial Recognition and people identification within 2 mtrs range, their approximate age,
 It can also recognize the expressions on people’s faces when in conversation.
 Can read (Digital text, printed text and handwritten script) and interpret in English and 73 regional languages
 Identify things around the person
 Warn of obstacles in front and around when in navigation mode
 Can read road signs during navigation

Rotary Club of Madras East (RCME) initiated Project Drishti andin collaboration with the experts in the field of vision care Aravind Eye Care System to empower 300 visually challenged individuals by donating the Smart Vision Device to them. . After a 10-month long process of inputs and upgradations and the device was validated and recommended by the Vision Rehab Centre of Aravind Eye Care System, Madurai. Since then 98 devices have been donated over a period of 5 months and we are celebrating the donation of the 100th device in today’s event. The team at Smart Health Global (SHG), ensures every effort is made to make the device affordable.
RCME President for 2021-22, RtnSrinivasa Rao, has been upbeat about Project Drishti since its inception andinforms that he and his club are ready with donors for another 100 more, at the time the 100th device distribution is happening. The club is all set to reach the target of at least 300 visually impaired beneficiaries before June 2022.
This project has also received attention across Rotary in India and is being taken up for distribution to the visually challenged in their respective areas. Support of large corporates like Saint-Gobain India Pvt Ltd, Indian Oil Corporation Limited and Customer Analytics.
The product has undergone upgrades and technology has made it possible to ensure all the beneficiaries of the past also benefit from the upgrades. The feedback from the 98 odd beneficiaries so far has been heart-warming to note and the impact humongous, to a community that has not been benefitted from technology at such a personal level before.