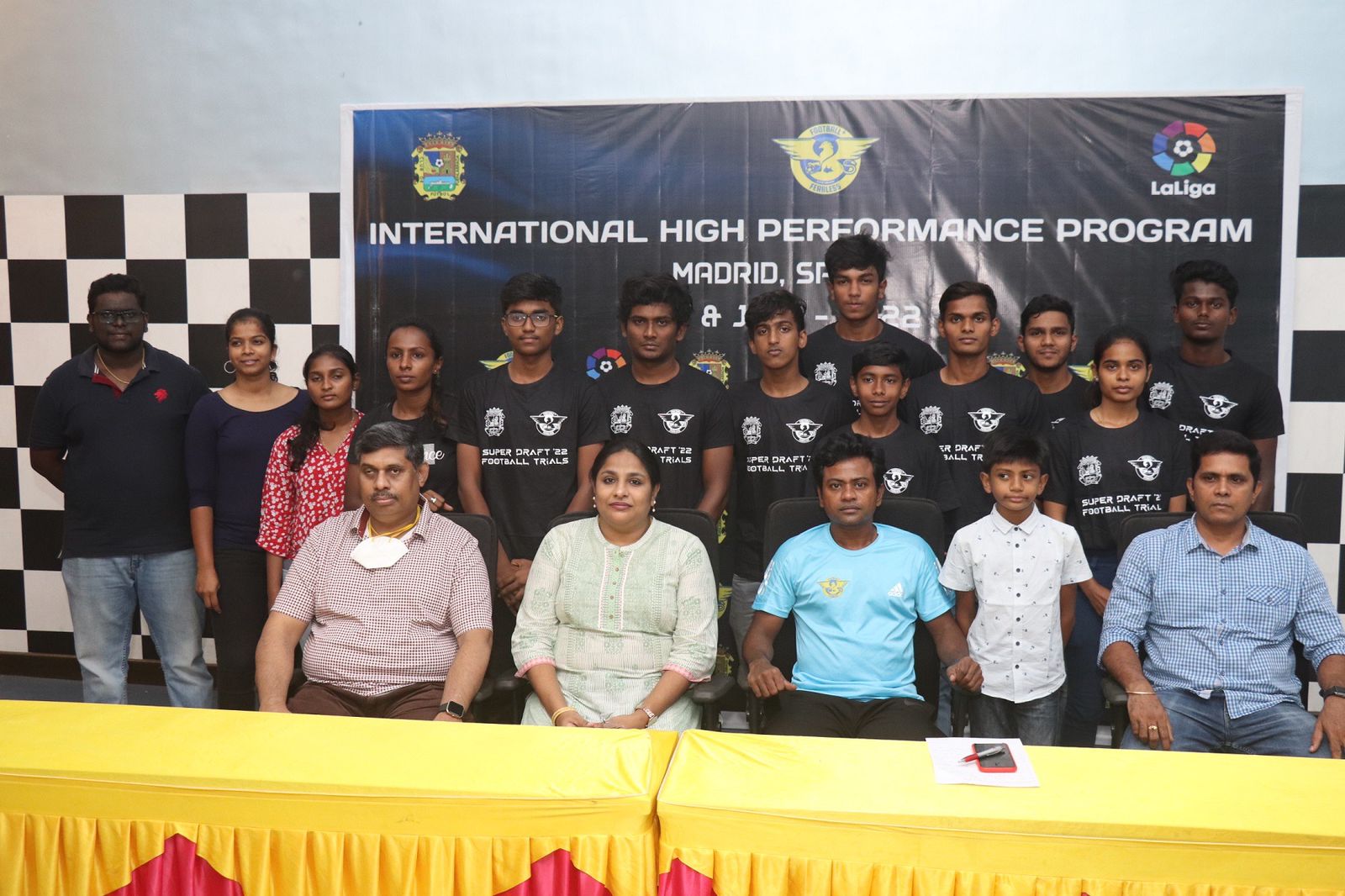 Chennai, 29th April 2022: Football plus is a professional soccer academy based out of Chennai, Tamil Nadu. Having been started back then in 2014 and accredited to All India Football Federation (AIFF), the institution has emphasized on grassroots training and youth football development. The modules developed are uniquely crafted to for specific age groups beginning from 8 all the way to 22.

Football plus Soccer Academy are selected 21 players are travelling to Spain in the month of May and 14 players in the month of June for a one-month high intensity football training with the club CF Fuenlabrada, a 2nd division La Liga club in Spain. Through this program the players get to train with top quality clubs and players for a duration of one month, 3 months and 1 year.

Almost 35 kids from different parts of India are travelling to Spain during the month of May and June in two batches for one-month high intensity football training with the club CF Fuenlabrada, Madrid, Spain. Out of the 35, a player from the slums of Chintadripet Mr. R. Rahul Kannan has made it to the top 5 for his outstanding footballing skills. And his entire travel to Spain is sponsored by our very own MLA Mr. Udhayanidhi Stalin for his heart towards community development. An only female player from the Muslim community has broken all odds and will be travelling to Spain to enhance her footballing skills. She has been training with Football plus over the past one year. The term woman or her religion is not going to stop her unleashing her footballing career.

David Anand, Coach & Founder, Football Plus, said the focus and motive of the program is to create a pathway for Indian players to get exposed to International Football and to create a long-term strategy for them to get into ISL and I- League clubs. I am also a national scout hunting for talent from every corner of our country and establishing a strong foothold for their football dreams. My dream is to see an Indian player sign La Liga. Football plus creates a platform and pathway to change this dream into reality.

Football plus’s most recent venture is the High-Performance training program designed to perform a 360- analysis of players and prepare them for top-notch performance display both on and off the field. It does not end there. For those looking to soar beyond national boundaries in the sport can avail the program that Football plus built with various Spanish La Liga clubs.

Through the train in Spain program, we conduct trials all over India and select the best players from each city. The players are given 50% – 80% scholarship for their one-month training in Spain. The players performing well in the one-month training will get scholarship for one year of training with the club. Through this program almost 100 children have gone to Spain for their training through Football plus since 2017.