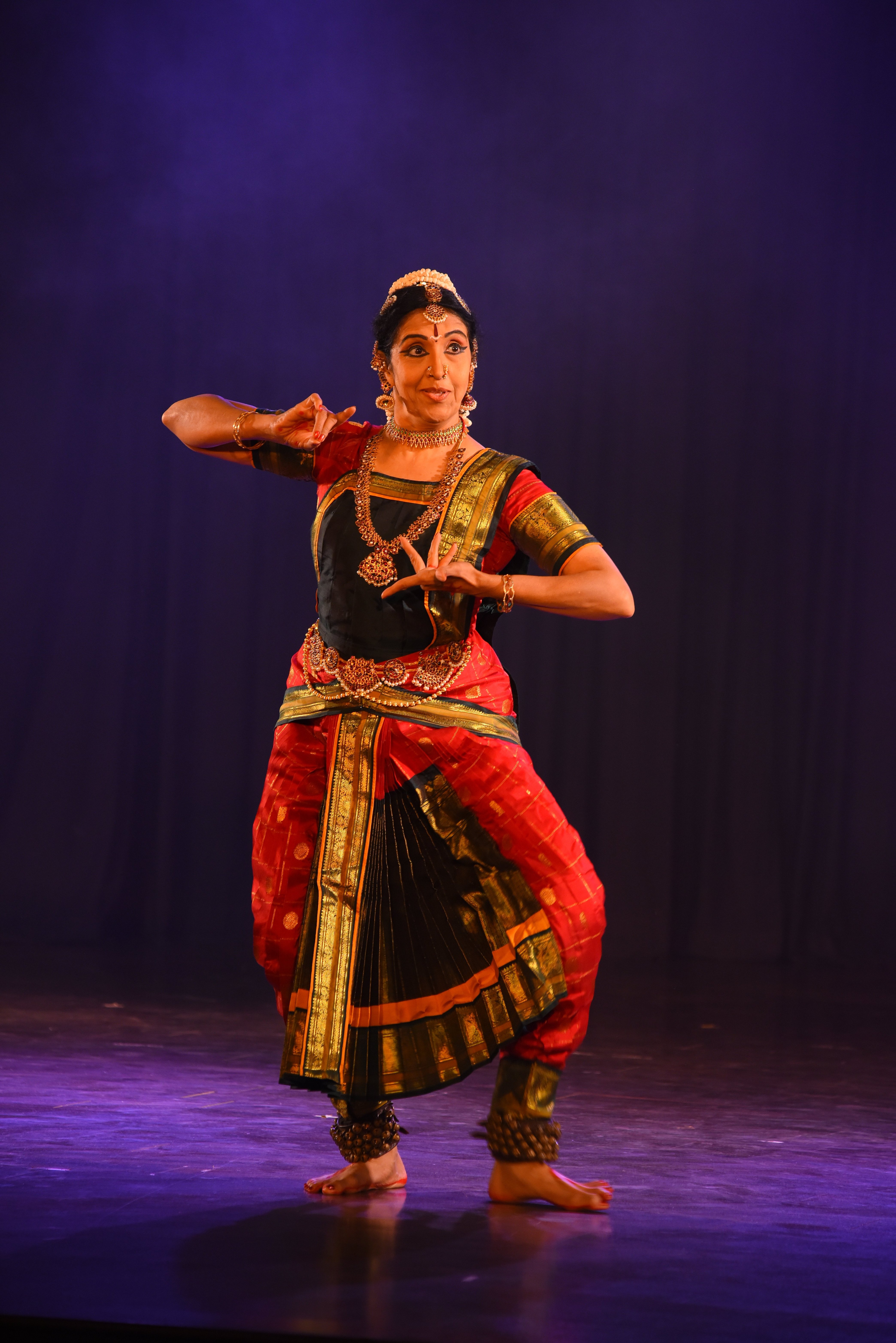 Bharatanatyam exponent and scholar Kalaimamani, Bala Devi Chandrashekar presented “Padmavati – An Avatar” on the storyline of “Gita Govindam” by Jayadeva At the Bharatiya Vidya Bhavan, Mylapore, Chennai on December 30th, 2022.

“Padmavati – An Avatar” on the storyline of “Gita Govindam” by Jayadeva was performed by Bharatanatyam exponent and scholar Kalaimamani, Bala Devi Chandrashekar. The event took place at the Bharatiya Vidya Bhavan, Mylapore, Chennai on December 30th, 2022, to celebrate culture and art during the glorious month of Margazhi.

“Padmavati – an avatar” is a solo operatic thematic production of a temple dancer, who is the cynosure of the immortal classic “Gita Govindam” by 12th century poet Jayadeva. Bharatanatyam exponent and scholar Kalaimamani, Ms. Bala Devi Chandrashekar is a leading culture ambassador of India with over 300 performances across 30 countries.

Sringara rasa is the sensual thread of this love poem that is woven around Padmavati and Jayadeva juxtaposed with the amorous intimacy of Lord Krishna and Rādha. Opening with the auspicious scene of Padmavati and Jayadeva’s marriage in ragam harikambodhi, during the saptapadhi ritual jayadeva is reminded of the verse Dehi padapallavam udharam priye, as if the Lord asking Rādha to place her foot on his head to remove the suffering due to “Virahatapa”. Their Grhasthaashram’ life revolves around indulging in dance and music, this is brought out in sollukattu (L is light) and swaras in ragam kapi and adi thalam.

“Padmavati – An Avatar” is woven into four acts, SAALOKHYAM – being in His world, SAAROOPYAM – taking His form, SAAMEEPYAM – approaching Him and finally SAAYUJYAM – becoming one with the beloved.

Depicted in this act is the rustic episode of the flower vendor’s bhakti, the lord is pleased when she sings beautifully the Gita Govindam, while making the garlands for Lord Jagannath. The Lord puts His ring in the flower vendor’s basket as a blessing. The flower vendor is accused of stealing and gets released when Lord Krishna appears in the King’s dream explaining how the ring came into the vendors basket.

The Gita Govindam based on Brahmavaivarta purana, is a suddhaprabandha, nrita geya kavya of 12 Sargas bearing the dwadashaakshari mantra (twelve syllable mantra) of lord krishna comprising of 24 Astapadhis. The sublime sentiment of devotion is treated through love or “Maduuryapremabhava” through “Nyaka-nayakibhava” as “SringaraMahaKavya”. The agony of separation from a lover is predominantly depicted by Padmavati through three major characters, Lord Krishna, Rādha, and a sakhi intellectually perceived as a “Guru”.