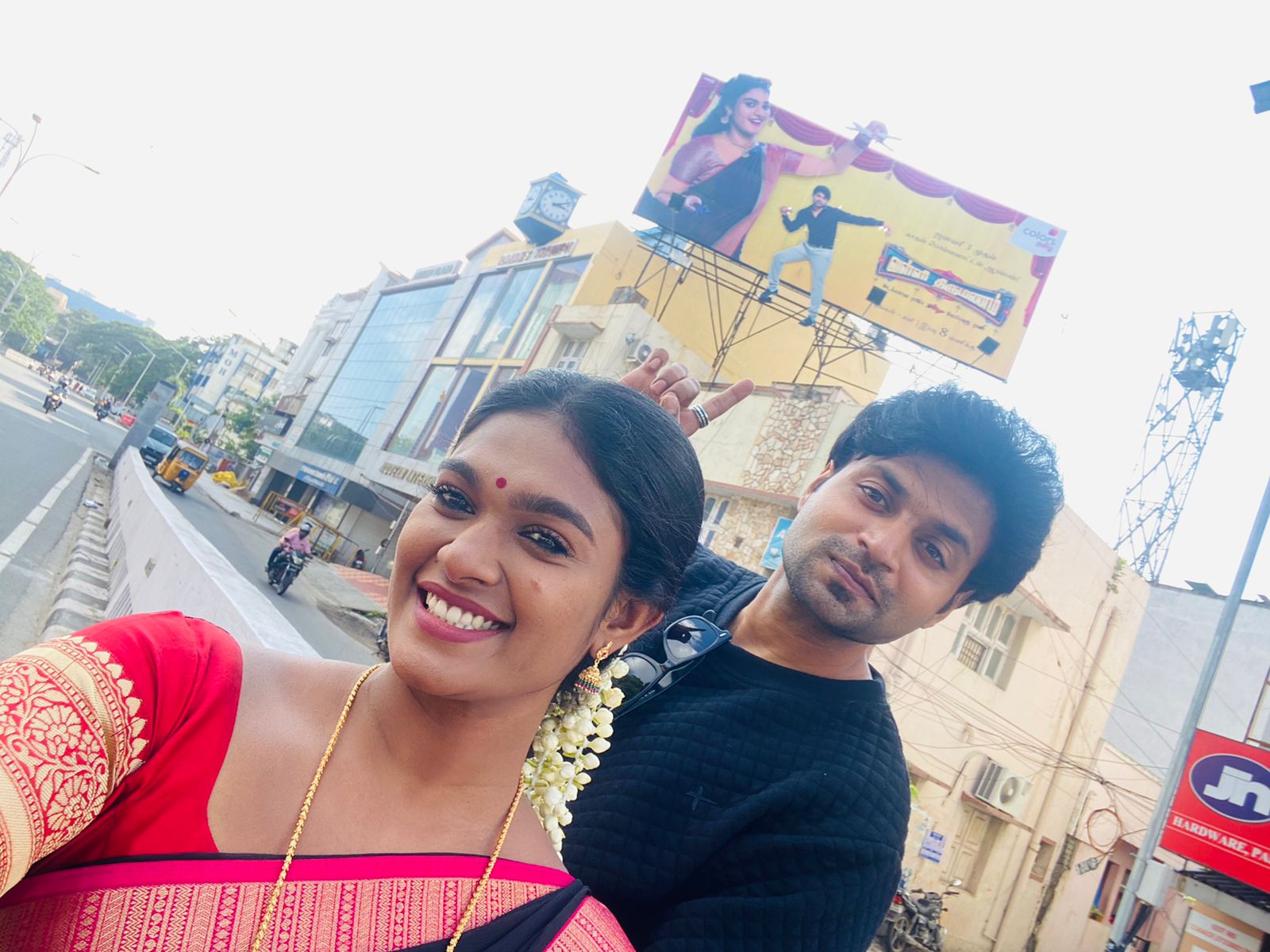 Chennai, 7th January 2022: In line with the launch of its brand new fiction show, Valli Thirumanam, Colors Tamil, the fastest-growing GEC of Tamil Nadu, rolled out an innovative motorized Out of Home (OOH) campaign in select cities. Keeping the art of theatrics and puppetry alive, the campaign titled “Kaadhal Bommalattam Aarambam ” exhibits the protagonist Valli (played by Nakshathra) holding the strings of the hero Karthik (played by Shyam). The campaign is set across key locations like near Chetpet flyover, near Ega Theatre, Ekaatuthangal Flyover, and near Kasi Theatre in Chennai. A static cut-out has been placed near Anna Salai Gemini Flyover. Furthermore, a voice-based OOH campaign across bus shelters in Madurai has been executed.

Besides exploring OOH as a dynamic medium to pique the interest of the viewers, the channel has also promoted the campaign over its social media handles using hashtags #ValliThirumanam #ValliVeraMaari #AlapparaRani #AdakkamanaRaja. Showcasing Valli seeking to control Karthik who is deemed to be a puppet in her hands, the creative conceptualization of bringing the narrative of the two contrasting personalities to the campaign aims to connect with the audience, proactively.

Speaking about the campaign, Mr Rajaraman S, Business Head of Colors Tamil said, “We are excited to bring in new innovations in our OOH campaigns and the entire credit goes to our marketing team, who put in immense efforts to make this campaign more interactive and captivating to the general public. Valli Thriumanam is yet another enthralling narrative that banks on our ideology of showcasing novel plotlines and inspiring stories that create an impact on society. We are sure that this engaging campaign will help promote our show and reach out to the right audience.”

Unlike conventional shows in Tamil television, Valli Thirumanam showcases an atypical character of a village belle who is bold, feisty, and fearless, contrary to quintessential, soft-spoken, and simple characters in rural setups. The show positively promotes a woman’s sense of self-worth and illustrates their decision-making roles in a family while bringing in significant parts for women to play, in the Tamil GEC space. The fiction show features a larger-than-life star cast with Nakshatra (Valli) and Shyam (Karthik) in the lead roles along with Actor Nalini (Vadivu) Nanjil Vijayan (Gundurasu) and Gayathri Jayaram (Vasundra) in supporting characters.

Tune into Colors Tamil between Monday to Saturday at 8 pm to watch Valli and Karthik’s unconventional story unfold. Colors Tamil is available on all leading cable networks and DTH platforms – Sun Direct (CH NO 128), Tata Sky (CHN NO 1515), Airtel (CHN NO 763), Dish TV (CHN NO 1808), and Videocon D2H (CHN NO 553). Viewers can also tune in to VOOT anytime to see them at their convenience.